Used up another days leave and made a bit more progress in the engine bay.  The usual practice is to fix the engine mounts to the chassis rails on the Konversions after strengthening them. The original engine is mounted on to the suspension turrets with brackets taken from the front of the engine and after a while just sitting and looking at the engine bay that is the route I decided to take.

Hunting through the pile of metals produced some 5mm plate and in another drawer was a Fiesta Mk1 engine mount left over from a Westfield. The Fiesta mounts were ideal for this conversion because it was easy to fit them on the surface from where the original mounts were removed.  I know it doesn’t seem like much completed for a day spent in the garage but I’m chuffed. 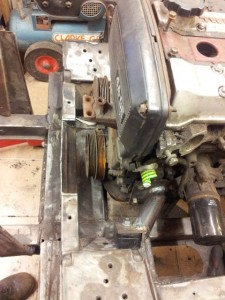 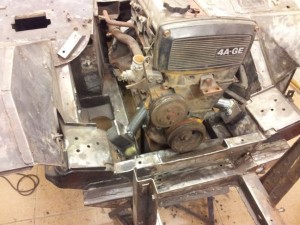