Having been on the road for a year it meant I was due for another MOT.  Nothing much to report other than failing on headlight aim on the O/S light. This was due to the front springs being uprated to 340lbs and I did lower the aim back then but obviously not enough. Anyway, that is sorted for the next year.

This deas mean I’ve been running for a year with the standard EN17 half shafts and the interweb suggests that they twist and break just by looking at them. On the other hand there are people with them in their K Midgets and they’ve never had an issue. I decided to take no chances and a pair of EN40B shafts recently arrived from Magic Midget. 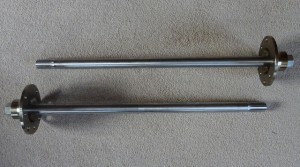 After a couple of days admiring them in the living room I was told by SWMBO to remove them from the house so yesterday they were fitted and it only took 35 mins, which was nice. 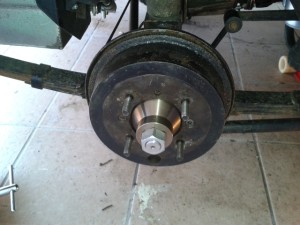 This now means I need to add more power….